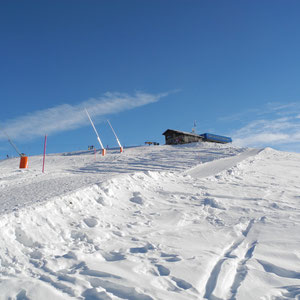 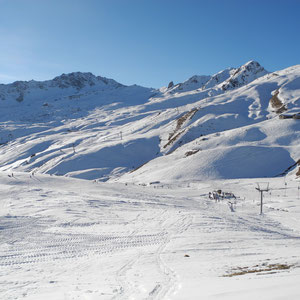 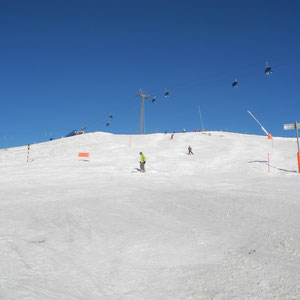 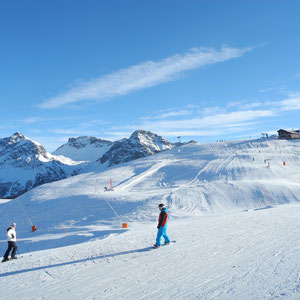 The term ski station is also used, particularly in Europe, for a skiing facility which is not located in or near a town or village.

Ski areas have marked paths for skiing known as runs, trails or pistes.

Ski areas typically have chairlifts for moving skiers rapidly to the top of hills, and to interconnect the various trails. Rope tows can also be used on short slopes (usually beginner hills or bunny slopes).

Larger ski areas may use gondolas or aerial trams for transportation across longer distances within the ski area.

Some ski resorts offer lodging options on the slopes themselves, with ski-in and ski-out access allowing guests to ski right up to the door.

Ski resorts often have other activities, such as snowmobiling, sledding, horse-drawn sleds, dog-sledding, ice-skating, indoor or outdoor swimming, and hottubbing, game rooms, and local forms of entertainment, such as clubs, cinema, theatre and cabarets.

Ski areas usually have at least a basic first aid facility, and some kind of ski patrol service to ensure that injured skiers are rescued.

The ski patrol is usually responsible for rule enforcement, marking hazards, closing individual runs (if a sufficient level of hazard exists), and removing (dismissing) dangerous participants from the area.

A bunny hill is a beginner's area.

One example is the nice skiresort Arosa